LIGHT and “SEEKING AND FINDING” 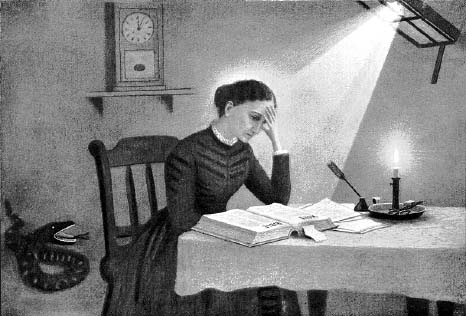 Mary Baker Eddy writes on page 293:3-6 of Science & Health: “Electricity is not a vital fluid, but the least material form of illusive consciousness, — the material mindlessness, which forms no link between matter and Mind, and which destroys itself.”

This statement, therefore, presents the question “What is the vital fluid?”.  Light is the vital fluid.  Light not of the Sun, Moon, fire or the light bulb, but the Light of Spirit — heavenly inspiration.  This Light is Mind, Spirit, Soul, Principle, Life, Truth and Love.  This Light is God, the Only, Divine Science which is the Light of man.  This Light has no opposite.  This Light is the ‘Tree of Life’.  Electricity is the ‘Tree of the Knowledge of Good and Evil’, opposites, a positive and a negative, resulting in the belief of time, space, and matter.  Therefore; it has no basis or foundation in Truth and is false and which destroys itself.

A candle is not a lamp and a lamp is not a candle, however, both are a source of light.  A lamp uses oil and a candle uses wax.  The fuel for the lamp is oil, a liquid.  The fuel for the candle is wax, a solid.  Only by the heat of the flame can the wax become a liquid and be used for light as a liquid.  Both the candle and the lamp use a wick connecting the liquid in the lamp and the liquid beneath a lit candle to produce a light.

How shall the peoples’ heart waxed gross be melted to understand, be converted, and healed?  Heavenly inspiration is necessary.  Only Mary Baker Eddy, the one chosen by God, the human appearing of the Woman of the Apocalypse that symbolizes Generic Man, opens our eyes and ears to the hypnotic belief imposed by matter.  The wax of hypnotism hardened our hearts, blinded our eyes, and deafened our ears to the kingdom of God within us.  The revelation and demonstration of Divine Science revealed by Mary Baker Eddy destroyed the hypnotic belief of matter.  Mary Baker Eddy is the revelator and she began melting the hypnotic wax to provide the blessed light of heavenly inspiration for mankind.