This week, Trump made a big move against Scientology that is making some serious waves… 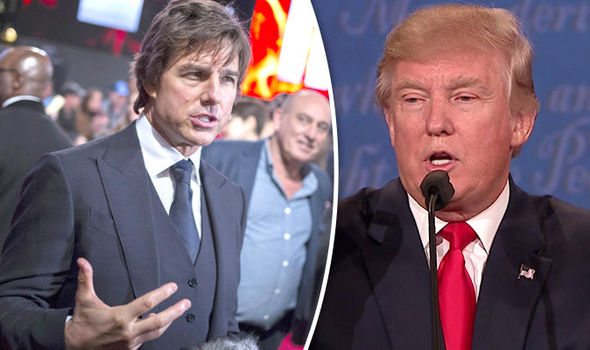 We have heard some disturbing things about Scientology. There’s no doubt a lot of good people out there are Scientologists and they passionately believe what they are doing. Good for them. That doesn’t change the fact that some awful things are being done in the name of that religion.

A former Scientology member made shocking allegations to Leah Remini about the church’s protocols on women having children.

Claire Headley — who was a member of the church’s elite Sea Organization for 30 years — claims the church coerced women into having abortions upon learning of a pregnancy, she alleged on Remini’s A&E docuseries “Scientology and the Aftermath.”

“If a woman got pregnant, she would instantly be scheduled to get an abortion,” Headley explained to Remini in a clip from Tuesday’s episode.

While no one in the church directly held anyone down for the procedure, she told Remini that women were met with grave consequences if they refused.

That’s just the tip of the iceberg.

This week, Trump made a big move against Scientology that is making some serious waves.

President Trump reportedly wants the Church of Scientology to lose its tax-exempt status, a longtime aide and friend to the commander-in-chief told actress Leah Remini.

Lynne Patton, a friend of the Trump family and official at the Department of Housing and Urban Development (HUD), told Remini, a former member but now outspoken critic of Scientology, that Trump wanted to revoke the church’s tax-exempt status, the Huffington Post reported.

It’s been pretty well established that Scientology was made up out of thin air by L. Ron Hubbard.

Hope I don’t end up in a ditch somewhere for having said that.

If you haven’t checked out Leah Remini’s show on A&E exposing Scientology you are definitely missing out.

Here’s Leah, a former Scientologist, talking about what a crazy religion it is.

Why would she make this stuff up?

Scientology makes a TON of money.

“There is no other religion that I know of that requires two and a half hours of your day, a quarter of a million dollars minimum, and at least 40 years of your life,” host and former Scientologist Leah Remini said.

Remini claims she spent “millions” during her 35 years with the church.

$500 million — Scientology’s estimated annual revenue from its many corporations, private donations, and real estate holdings all over the world.

70 — number of Scientology buildings all over the world; the Church’s total assets and property holdings have more than doubled since 2004.

$25 million — estimated amount Tom Cruise has given to the Church to date.

400% — amount Scientology claims to have expanded in the past decade; accounts for more than 10,000 Scientology churches, missions and affiliated groups in 167 nations.

Yeah, they are raking in the cash.

Do some research on Scientology and then think about whether or not they should get a tax break.

Odds are you’ll come up with an answer of “no way”.

[Note: This post was written by Andrew Mark Miller.]