#DISCLOSURE! Should the ET disclosure letter suggested by Trump/Putin Advisers be debated in UN General Assembly without Public plebiscite?

Posted on September 1, 2018 by David Robinson 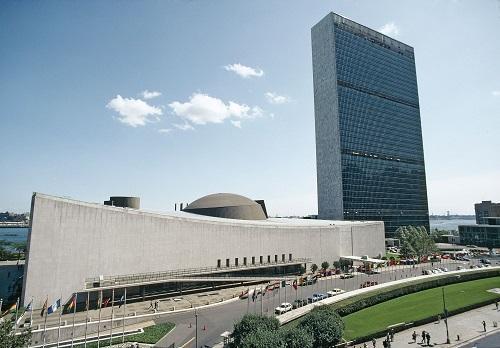 PEACE PORTAL, BC-WA– Dr. Steven Greer, MD, director of the Disclosure Project who on May 9, 2001, brought together a critical mass of credible whistleblowers – including this reporter – regarding an Extraterrestrial-related presence in the Earth’s environment, has released a draft speech [See below] reportedly written at the request of separate contacts with Presidents Donald Trump and Vladimir Putin, both heads of state of member nations of the UN General Assembly.

Former NORAD Officer Stanley A. Fulham indicated in an Oct. 10, 2010, historic interview with this reporter that the UN General Assembly Disclosure framework is the methodology that the Regional Galactic Governance Council, consisting of the Pleiadians, Alpha Centaurians, Sirians, and others, would prefer that their presence and institutional intervention on Earth be framed.

Listen to 10/10/10 Interview with NORAD Officer Stanley A. Fulham
http://exopolitics.blogs.com/exopolitics_radio/2010/10/listen-to-the-full-historic-90-minute-interview-of-stanley-a-fulham-and-alfred-lambremont-webre-download-stanleyafulham.html

Other observers cautiously stated that the current Extraterrestrial visitors do not have Earth humanity’s best interests at heart and that humanity should not welcome them publicly without a full disclosure global plebiscite of conditions.

The following DRAFT speech was written by Dr. Greer when requested by two separate points of contact to President Trump and President Putin. The two contacts do not know each other but both requests were made over a few weeks in the Spring of 2018.

Dr. Greer wrote this speech as a DRAFT template that could be adapted by any world leader to announce that we are not alone in the Universe and have had contact with extraterrestrial civilizations.

You may forward this speech to leaders in your own country, and resend and request that President Trump and President Putin collaborate on such an announcement in coordination with the UN and other world leaders in China, the EU and elsewhere.

Feel free to download a PDF version of this speech HERE.

My fellow Americans/ My fellow Russians/ And all the citizens of the earth:

It has come to our attention that Extraterrestrial civilizations of great technological advancement have been visiting the earth for some time.

While their presence likely dates from very ancient times, the modern era since WW II has seen a large increase in sightings and interactions with these advanced life forms and their spacecraft.

It must be emphasized that they appear to pose no threat to humanity or earth, but instead are quite concerned about our own unchecked war-making capabilities and violence, combined with our early attempts at the exploration of space.

Since the dawn of the nuclear era, these extraterrestrial civilizations have made concerted efforts to do reconnaissance at all known space and nuclear facilities. In some cases, these facilities have been penetrated by ET craft and our nuclear missiles rendered inoperable. Such incursions appear designed to warn us to not use these world-destroying nuclear weapons – warnings, not acts of hostility.

They also appear concerned with the rapid decay of our biosphere and environment and the extinction of many species on earth.

Since World War II there have been extremely secretive programs studying the energy , communication and propulsion systems of these ET spacecraft.

It is time for us to disclose these momentous scientific findings to you.

These technologies have the potential – if used only for peaceful purposes – to give us a new and sustainable civilization on earth, free of poverty and pollution within a generation.

However, if used for destructive and violent purposes, these same technologies could end our civilization.

For this and other reasons, the strictest secrecy has surrounded the study of these extraterrestrial technologies.

But the time has come for the truth to be known: we are not alone in the universe. And it is time for humanity to become a mature, peaceful civilization and take its place in the cosmos with other advanced peoples from other star systems.

To this end, I call on the world community, other world leaders, and all the people of earth to come together and begin this new era on earth.

We must make open, peaceful contact and initiate diplomatic ties to these other worlds. We must do this as children of earth and not just one nation. All nations and people of earth must be represented and empowered in this process.

We must commit to keeping all weapons out of space and going into space only for peaceful purposes that benefit all of humanity.

We must bring forth these advanced energy and propulsion technologies so that the world’s people and their environment benefit. We must all agree to never allow these new technologies to be used as weapons of war.

We must commit among ourselves that if any nation or group attempts to use these technologies for violent or destructive purposes, every nation and people on earth will rise up to immediately put a stop to it.

We face a choice: If we do nothing, our environment and civilization will degrade and we may face extinction. If we use this new knowledge and science for war and destruction we will surely perish.

But if we establish a world of peace, humanity can then advance as a civilization that is just, sustainable, and worthy of exploring the universe.

This is the singular and great challenge of our generation: to create a new, sustainable civilization and establish world peace. Once we have achieved this foundation of justice and peace, these other worlds will welcome us into the cosmos with open arms and hearts.

So, my fellow citizens of earth, let us work together to achieve the destiny of humanity: An enlightened, peaceful world that joins her place among the other people of the cosmos to establish world peace.

This is the only possible good future for humanity. It is time for us to unite as a people and create that good future – NOW.

PUBLIC DISCLOSURE ROUNDTABLES – TrueTube.co is announcing a series of public Roundtables on the deeply and multi-layered issues of importance raised by these potential Disclosure developments.

Thank you for your interest and attention and please stay tuned!