LA and several other “blue cities” are becoming wastelands of human desperation. Our cities are being crushed under the weight of illegal immigration

In LA, there is a stretch of 54 straight blocks of human misery. Homeless, often ill with imported diseases line the streets. We are witnessing the transformation of America into a 3rd world country.

This is what illegal immigration is doing to our country. Out infrastructure and public welfare organizations are collapsing in places like Seattle, Portland, San Francisco and LA. While an increasing number of Americans are living in absolute squalor, the people most responsible are living in the following conditions. 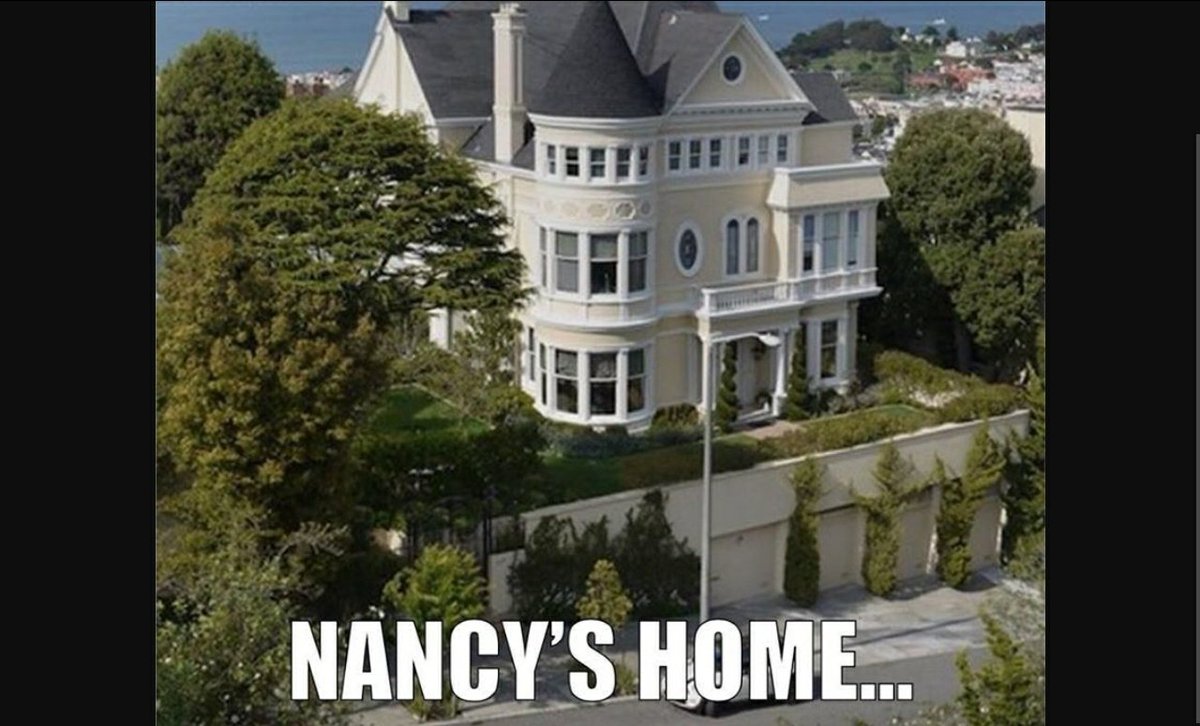 Nancy Pelosi is being richly rewarded to bring poverty and misery to America. In California, every illegal alien is now eligible for free health care courtesy of the California taxpayer. Yet, the average California citizen cannot afford to pay their monthly health insurance premium Please take note that Nancy Pelosi’s home has a 15-foot wall. Yet, she is doing her best to block the 30-foot wall that Trump wanted to build to protect America.

The Democratic Party, the Pope, the United Nations, and globalists are importing massive poverty into our country. Our citizens are forced to support this mass migration, while our social services system is collapsing. Now, are you ready for some real irony? We are being told by the globalists that we must admit 1 million immigrants per year to the United States. So in 10 years, America has admitted 10 million immigrants. That won’t even make a dent in the problem of world poverty. However, the weight of this immigration is crushing the life out of the country.

The mainstream media laughed at President Trump’s assertion that illegal immigration was costing the American taxpayer an estimated $250 billion, calling it a gross exaggeration. Upon closer examination, from data provided by The Hill, a far different case can be made.

The costs of illegal immigration are comprehensive. Even after deducting the $19 billion in taxes paid by illegal immigrants, the 12.5 million of them living in the country results in a $116 billion burden on the economy and taxpayers each year. About two-thirds of this amount is absorbed by local and state taxpayers, who are often the least unable to share the costs.

One of the major drivers of the increasing costs is the 4.2 million children of migrants, who automatically become American citizens. Taxpayers are indeed on the hook for over $45 billion in state and federal education spending annually, not to mention the added burden of increased social welfare dollars. Much of the almost $30 billion in medical and assistance funding is sparked by the fact that noncitizen families in the United States are twice as likely to receive welfare payments than native born families.

In short, we are funding our own demise. Taking in a million immigrants per year is crushing the economy.. And the so-called responsibility that globalist organizations tell us we have toward to poor of the world, is pure fiction as we cannot even come close to addressing the extreme wealth disparity. Look at the global poverty rates, America is lining up to take its place among the world’s poor.

In terms of the human cost, perhaps it would be best to conclude this article with a description of the human misery and growing poverty rates in America by listening to the following short broadcast.