The Secret Space Program is a Criminal Enterprise! Kidnapping Kids, Slavery and Worse! 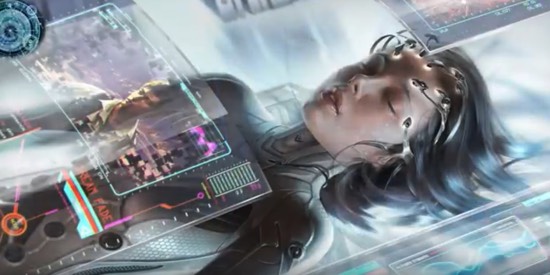 This secret space program roundtable video from James Rink is a wild ride for sure!   I have no idea if it’s true but as one of these secret space program whistleblowers states, “What would I have given to have a normal life and drink beer and watch football”.  One of them says somebody from her family visited her for a “sanity check” and was threatening to put her away!    It’s easy to discount these people but they make zero money from this and of course give up having a normal life by putting out this information.   I would not doubt if much of this is true since I know everything we’ve been told is a lie.  The Germans had flying saucers in the 1930s after all!

One thing I liked about this video is that they tell a much more believable story about the secret space program than others who keep telling us they are going to clean everything up and bring out the free energy!  These whistleblowers say the Secret Space Program is a criminal enterprise that specializes in kidnapping kids and putting people into slavery!   This makes more sense to me because let’s face it, if the Secret Space Program had any good people at the top they would have cleaned up scum like Hillary Clinton and Barack Obama a long time ago!  We would have had our free energy back in the 50s!

As they say in this video, stop waiting on saviors!  Q isn’t going to save us!  Alex Jones will never save us!  The Secret Space Program will never save us!  We either save ourselves by waking up as many as we can ourselves or it isn’t going to get done and we keep being slaves!  Patriots MUST spread truth at all times and we must find common ground with others such as Bring out the Free Energy, End the Fed, No GMO and Stop 5G Kill Grid!   We need issues that everybody can agree on so the deep state can’t keep playing “divide and conquer”.  Keep up the good work out there patriots!

I must say my favorite line in podcast history comes at about the 23:00 minute mark when James Rink says, “By the way, I’m a cyborg, that’s my role in all of this.”   and the other woman says “….I can’t say publicly right now but I will say that yes James you definitely are.”    I about fell on the floor when this exchange happened!   It’s my all-time favorite!  You don’t hear this every day!  Beers on me James Rink.

As I said I don’t know how much truth is being told here but I’ll buy anybody beers who shows his face and says he’s a cyborg!   Probably far more truth here than watching the liars on Fox News such as Sean Hannity tell you lies like Osama Bin Laden did 9/11 with box cutters and that Barack Obama’s birth certificate is real because Sean saw it and is satisfied!

This Secret Space Program roundtable discussion is highly entertaining to me and I’ll be looking at more of their stuff in the future before I form a final opinion.   If even 1% of what they say is true, it’s a mind-blower!